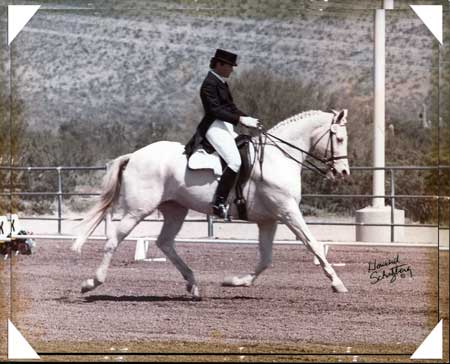 The Cameo Trophy was donated by Eleanor Stine-Masek in memory of her Grand Prix mare, Cameo.

The Trophy is awarded to recognize those horses that have been trained and ridden to FEI levels by Arizona residents.

All those who consider their horses to be eligible for the Cameo Perpetual Trophy must submit an FEI Horse Training History form to the Awards Compiling Chairman. This form is required for the scores earned to be used in the calculation of the Cameo Trophy winner. The form does not need to be submitted each year.  It must, however, be resubmitted when either the owner or the trainer of the horse changes.

Horses on our list may include dear friends who have moved on to greener pastures but we include them here to honor their achievements.